[The following is an excerpt from “Making History: The Struggle for Gay and Lesbian Equal Rights, 1945-1990, An Oral History” by Eric Marcus, HarperCollins, 1992.]

Morty Manford had little interest in politics in the late 1960s. In 1968, he was a hardworking seventeen-year-old college student at Columbia College who spent his spare time in gay bars in Greenwich Village. Marginally involved in the gay student group at Columbia, he did not become active in the movement until 1970, nearly a year after he witnessed the Stonewall Inn riot. Once he had been drawn into the gay movement, however, it became his life, inspiring youthful outrage that led him to drop out of school to join his “sisters and brothers in the struggle for gay liberation.”

Now a lawyer working for the New York State attorney general’s office, Morty Manford was raised in a quiet, semisuburban neighborhood in Flushing, Queens, in the same house he now shares with his widowed mother, Jeanne. Morty is a handsome man of medium build, with short brown hair. He measured his words carefully before speaking:

Before I became involved in the gay rights movement, I first had to come out. That battle was intense. It was a personal civil war that started around the age of fifteen or sixteen. The conflict was over trying to repress my homosexuality in order to conform to society’s values. I remember extremely intense mental activity all the time.
END_OF_DOCUMENT_TOKEN_TO_BE_REPLACED

Paul knew that he possessed none of the characteristics of the gay male stereotype. And in all probability that was equally true of Richard. Not that he knew Richard, the man he was about to meet, the man who had placed the gay ad to which he had replied. Their contact to date had been limited to a single, quite short, telephone conversation. Yet Paul felt able already to build up a picture in his mind because the name announced on the telephone had not been unfamiliar. Quite the contrary, in fact, for this stranger was a figure from the past. He had been noted for his involvement in gay liberation a decade ago, long before Paul had started to come to terms with his own sexuality.

The prospect of meeting such a man would be daunting to some. Paul, however, merely regarded it as an intriguing prospect. There was nothing strange in this, for, if he had been late in identifying himself as gay, his eventual acceptance had been without reservations. This made him very positive in outlook and strong in manner. The history of Richard’s achievements suggested he might well be Paul’s equal in these respects, and this was appealing to Paul who had long ago dismissed the idea that gay lovers had to be respectively active and passive for sex to go well. The challenge of like to like had been part of his experience; but not lately, and the possibility of sparking off a new relationship of this kind could not have been more welcome. As he travelled to Richard’s house to keep their appointment, he realized to his pleasure that he felt decidedly randy.
END_OF_DOCUMENT_TOKEN_TO_BE_REPLACED

The eccentric who kept his natural hairline from birth.

“Hemorrhoid Medicine Sold Here; Cures All Woes.” This handwritten sign hung outside a tiny shop with a sliding paper door and hanging reed blinds. The owner sold calligraphy manuals done in the style of the Ōhashi school, but his was an old-fashioned hand that few admired, so it proved to be an undependable source of income.

The meager dwelling where he had quietly lived for many years was situated before a temple gate in Yanaka. There was a twisted pine under the eaves and trumpet vines bloomed there in lovely profusion. In the yard he grew summer chrysanthemums in pots. The well water was fresh and clear. A crow perched on one end of the dipping stick, a strange sight indeed with its faded tail and wing feathers!

Living there was this masterless samurai who in his youth had lost hope of ever regaining official status in a lord’s service and now lived day to day selling his various personal belongings. His only companion day in and day out was an old man of about the same age, his partner in games of go. A spotted Pekinese was his only other companion. No one ever came by even for brief visits. END_OF_DOCUMENT_TOKEN_TO_BE_REPLACED

Only five men in cellblock F applied for the course in banking. Nobody much took it seriously. They guessed that the Fiduciary University was either newborn or on the skids and had resorted to Falconer for publicity. The bounteous education of unfortunate convicts was always good for some space in the paper. When the time came, Farragut and the others went down to the parole board room to take the intelligence quotient test. Farragut knew that he tested badly. He had never tested over 119 and had once gone as low as 101. In the army this had kept him from any position of command and had saved his life. He took the test with twentyfour other men, counting blocks and racking his memory for the hypotenuse of the isosceles triangle. The scores were supposed to be secret, but for a package of cigarettes Tiny told him he had flunked out with 112. Jody scored at 140 and claimed he had never done so badly.

Jody was Farragut’s best friend. They had met in the shower, where Farragut had noticed a slight young man with black hair smiling at him. He wore around his neck a simple and elegant gold cross. They were not allowed to speak in the shower, but the stranger, soaping his left shoulder, spread out his palm so that Farragut could read there, written in indelible ink: “Meet me later.” When they had dressed they met at the door. “You the professor?” the stranger asked. “I’m 734–508–32,” said Farragut. He was that green. “Well, I’m Jody,” said the stranger brightly, “and I know you’re Farragut but so long as you ain’t homosexual I don’t care what your name is. Come on with me. I’ll show you my hideout.” Farragut followed him across the grounds to an abandoned water tower. They climbed up a rusty ladder to a wooden catwalk where there was a mattress, a butt can and some old magazines. “Everybody’s got to have a hideout,” said Jody. “This is mine. The view is what they call the Millionaire’s View. Next to the death house, this is the best place for seeing it.” Farragut saw, over the roofs of the old cellblocks and the walls, a two-mile stretch of river with cliffs and mountains on the western shore. He had seen or glimpsed the view before at the foot of the prison street, but this was the most commanding sight he had been given of the world beyond the wall and he was deeply moved.

END_OF_DOCUMENT_TOKEN_TO_BE_REPLACED

I AM SURE THAT NATURE NEVER INTENDED ME TO BE A self-made man. There are times when I can hardly bring myself to realize that twenty years of my life were spent behind the counter of a grocer’s shop in the East End of London, and that it was through such an avenue that I reached a wealthy independence and the possession of Goresthorpe Grange. My habits are Conservative, and my tastes refined and aristocratic. I have a soul which spurns the vulgar herd. Our family, the D’Odds, date back to a prehistoric era, as is to be inferred from the fact that their advent into British history is not commented on by any trustworthy historian. Some instinct tells me that the blood of a Crusader runs in my veins. Even now, after the lapse of so many years, such exclamations as “By’r Lady!” rise naturally to my lips, and I feel that, should circumstances require it, I am capable of rising in my stirrups and dealing an infidel a blow–say with a mace–which would considerably astonish him.

END_OF_DOCUMENT_TOKEN_TO_BE_REPLACED 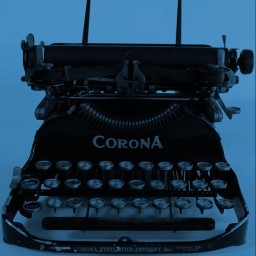